Safely Extending the Shelf-Life of Produce in Fruit Processing

Each variety of fruit has a different harvesting seasoning and must be transported throughout the country to different regions. This takes a fair amount of time, but the fruit still needs to be fresh when it arrives at its destination. Of course, any products used on food products to prevent spoilage in transit must be approved by the EPA for safety reasons. PERFORMACIDE® is EPA registered to extend the shelf life of produce. It can be sprayed on the fruit, or the fruit can be dipped into a PERFORMACIDE® mixture, provided the directions are followed.

Fresh flowers begin fading and dying as soon as they have been cut from the host plant. As with fruit and vegetables, people at the stores or florist shops only want to spend their money on the freshest of cut flowers. They also expect them to last for a while after they get the flowers to their homes. To maximize the freshness of cut flowers, it’s imperative that the microbial populations be reduced and controlled. PERFORMACIDE® is EPA registered for the use of reduction and control of microbial loads in processed water for horticulture processing.

PERFORMACIDE® Extends the Shelf Life of Produce and Horticulture

Norovirus is a contagious virus that has become increasingly common on cruise ships. The virus can be spread in a variety of ways, including contact with infected passengers or crew, contaminated food or water, or by simply touching contaminated surfaces. The virus itself causes digestive tract inflammation, leading to acute stomach pain, nausea, vomiting, and diarrhea. In 2016 alone, Norovirus led to nearly one thousand deaths in the United States. Norovirus is now the leading cause of acute gastroenteritis in the United States with approximately twenty million new cases diagnosed every year. PERFORMACIDE® not only kills the Norovirus, but also a host of other germs, viruses, bacteria, as well as mold and mildew.

Whether it’s a day spa, golf course, hotel, motel or bed and breakfast inn, there is always a possibility that someone who is infected with Norovirus has been at the facility. If the facility is found to be the source of this highly contagious virus, the owner or company could be found responsible for all of their infected guests’ medical bills, lost wages and even pain and suffering of the those who contracted Norovirus. It’s better to protect the guests and staff from Norovirus rather than pay afterwards. Believe it or not, it isn’t that difficult to disinfect the hard surfaces in the building from Norovirus. PERFORMACIDE® is a hospital grade product that kills Norovirus.

So many companies in the industry of hospitality have suffered great losses due to Norovirus. This virus is very dangerous for both the guests and the company’s employees. It makes perfect sense for all in the hospitality industry to do all that they can to prevent the spread of Norovirus in their establishments. PERFORMACIDE® is simple to use, and requires no wiping or rinsing. In fact, it leaves no harmful residue on the hard surfaces.

PERFORMACIDE® is an EPA approved hard surface disinfectant for killing Norovirus on cruise ships, as well as in the hospitality or leisure industry. It’s really easy to use. PERFORMACIDE® just needs to be mixed with water to 100 parts per million (PPM). It needs to be left on the non-porous surface for 10 minutes, and allowed to air dry. No rinsing is necessary after using PERFORMACIDE®. 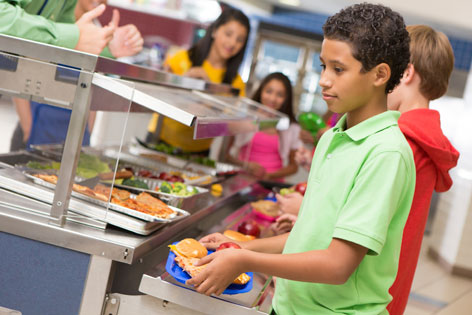 Norovirus is the number one cause of disease outbreak caused by contaminated food in the United States. Norovirus is not the same as food poisoning or typical stomach flu. Indeed, food poisoning can be caused by the Norovirus microorganism, but more often it is caused by different germs and even chemical contamination. Norovirus is in no way related to the influenza virus, it is an independent microorganism in and of itself. It is highly contagious hence; proper hygiene and disinfecting practices are warranted to prevent outbreaks in restaurants. Proper disinfection of hard surfaces in restaurants using an EPA registered product specifically listed as effective against Norovirus will help eliminate outbreaks.  Performacide® Hard Surface Disinfectant is EPA registered as hospital grade and effective in killing Norovirus on hard surfaces.  Performacide® Hard Surface Disinfectant can be used in restaurants, and public eating places and be applied to surfaces such as Door Knobs, Chairs, Table Tops, and Salad Bar Sneeze Guards.

The easiest way to eliminate Norovirus on cruise ships is to keep the hard surfaces cleaned, disinfected and sanitized. People getting sick can also open up the cruise line to lawsuits, as well as loss of business due to bad publicity. It’s better to purchase the right products to keep the passengers and crew healthy than to use cleaning products that simply cannot kill the Norovirus microorganisms. Performacide® Hard Surface Disinfectant is EPA registered for use on all hard non-porous surfaces throughout a cruise ship, including food contact surfaces.

There are many variables that can affect the quality of food, including microorganisms that cause Norovirus and other dangerous infections. Not all traditional disinfectants eliminate Norovirus microorganisms on hard surfaces. Performacide® a hospital strength disinfectant kills Norovirus in cafeterias (kitchens) without leaving any harmful residues.

Part of the solution in eliminating Norovirus in restaurants and cruise ships is to use PERFORMACIDE® Hard Surface Disinfectant on hard non-porous surfaces. Not only is it effective against Norovirus, but it also kills HIV-1, MRSA, Hepatitis and Tuberculosis.